Synapsin® is an innovative, patent-pending powder blend of ginsenoside Rg3 and nicotinamide riboside along with ingredients to aid in solubilization and dispersion. It is designed to be used in formulations for the support of neurological health and cognitive support. Synapsin was invented by renowned author, pharmacist and functional medicine speaker Jim LaValle, RPh, CCN, ND, and is commonly used in combination with methylcobalamin or hydroxocobalamin in formulations to support neuronal function and cognition. 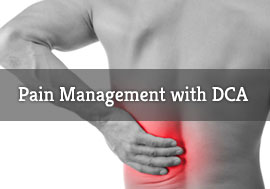